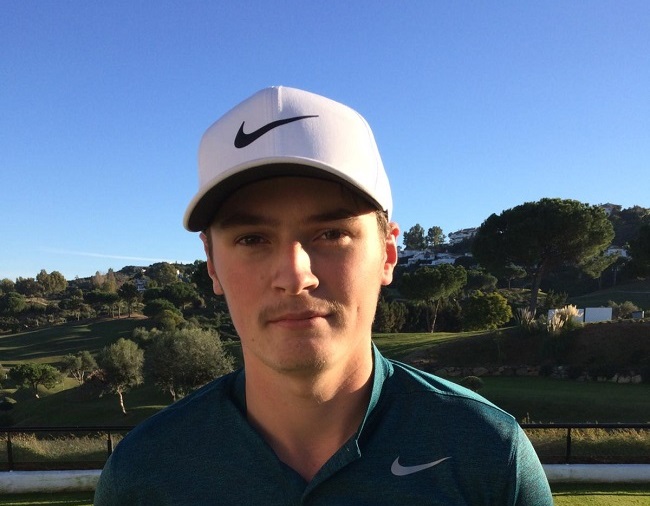 Another gorgeous sunny day was the perfect set for a thrilling final round of the Alps Tour Qualifying School First Stage, played over the three courses of La Cala Resort in the South of Spain.

On the America course, French amateur Pierre Pineau (pictured) with a total of -12 (130) could sit on top of the leaderboard with a 5 stroke advantage over his nearest competitor, thanks to a wonderful 63 today, comprising nine birdies and one bogey. 33 players gained access to the Final Stage and the last two spots were decided by a playoff amongst 5 players who were sitting on +4.

On the Asia course, the best score was posted by Italian Luca Cianchetti, with a total of 133 (-11) which included a great second round in 64, with 1 eagle, 7 birdies and a single bogey; also on Asia, a playoff was needed with 9 players at +3 (147) fighting for 7 spots, and 33 players were promoted to the Final Stage.

On Europa course, Frenchman Timothée Guin was the best scorer with 140 (-2), and 8 more players were admitted to the Final Stage that will take place from Thursday 13th to Saturday 15th December on America and Asia courses.