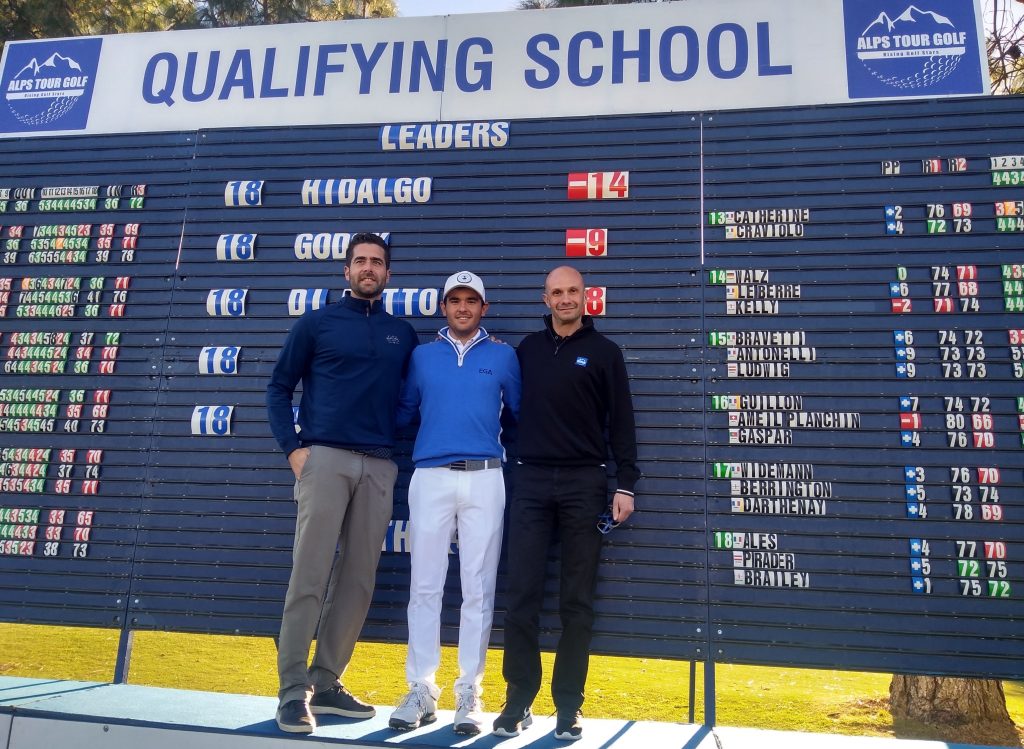 Hidalgo and Andorra’s Kevin Esteve turned in the best cards of the day (-7).

20-year-old Angel Hidalgo made good use of his knowledge of the beautiful and hilly La Cala courses: he is from Marbella, just a few kilometers from the Q School venue, and turned pro just one month ago.

The young Spaniard started to play golf at the age of 2. At the age of 5, he started group lessons for kids in Guadalmina located half-hour by from La Cala. Hidalgo represented Spain in the Spanish Amateur team at the European and World Championships in 2018, won two Spanish Men’s Championships both Match play and Stroke play.

«  In 5 days, I will be traveling to Asia to play the Asian Tour final » Hidalgo continued. « Depending on the outcome, I will play both in Asia and on the Alps Tour next season » he concluded.

Following today’s final qualifying stage, 38 players have obtained a category 6 on the Alps Tour which means they are guaranteed a spot in all the tournaments of the Alps Tour next season.  32 players are eligible for membership in category 8 of the Alps Tour and 75 others for category 9.

The 2019 season of the Alps Tour is scheduled to start in February with a series of tournaments in Egypt. The full 2019 tournament schedule is due to be released at the beginning of the year.