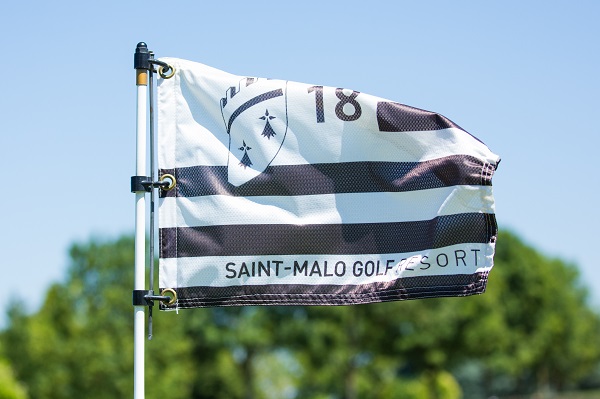 Countdown to a Golfing First at the Saint Malo Mixed Open

As the Saint Malo Mixed Open gears up to host this ground-breaking event in European golf, the field breaks down to 72 players from the Alps Tour and 51 players from the Ladies European Access Series (LETAS). All of them will be competing for the 45,000€ prize money and trophy.

The Alps Tour players will be out in force with seventeen of the top twenty on the Alps Tour Order of Merit participating. Amongst them, the number one placed Italian Edoardo Lipparelli who will be looking to consolidate his June win at the Open de Saint Francois Region Guadeloupe.

He is accompanied by number three on the OofM, Frédéric LaCroix, winner of the Ein Bay Open and Alps de la Castillas this year. The Frenchman will be looking to snatch that perfect hat-trick on home-ground here in France. 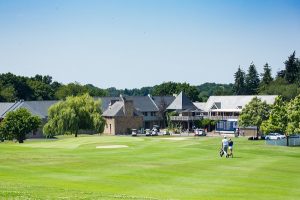 A view of the 18th fairway and green with the clubhouse in the distance. Credit: Tristan Jones

Timon Baltl is sure to continue to show his fighting spirit after winning this year’s Gosser Open, the second place after playoff at the Acaya Open and being joint third at the Open de Mirabelle d’Or. His compatriot Lukas Nemecz, victor at the Dreamland Pyramids Open in March completes the Austrian winners contingent.

The Italian player, Luca Cianchetti, winner of the Katameya Dunes Open 2019 and the Englishman, Benjamin Wheeler, winner of the Red Sea Little Venice Open 2019 will both be fighting for a double. Whilst 2018 winner of the Alps de la Castillas, Thomas Elissalde would surely like to add a 2019 win to his prize list.

They will have to keep in mind though that the first, official mixed gender competition in Jordan in April of this year ended in a back nine battle between a female player and a male player. And the LETAS ladies will be there to prove their skills with five of the top twenty OofM players teeing off.

France’s Emma Grechi arrives fresh from her first LETAS victory at the Belfius Ladies Open whilst Greta Voelker at number four on the LETAS OofM is one to keep an eye on as she continues to improve in her rookie year as a professional. Whilst the French player Agathe Sauzon, the Finn, Sanna Nuutinen, and the Belgian, Manon de Roey, are all top ten finishers this season.

The official tournament tees off on Thursday 4th July with the final on Sunday 7th July but Wednesday 3rd July sees the start of the event with the Pro-Am followed by a golf clinic demonstration by the Cévaër Green Academy at 5:30pm.

Pascal Grizot, Vice President of the French Golf Federation and President of the Ryder Cup 2018 is the patron of this event and will be present to support this unique development in European golf taking place in France.