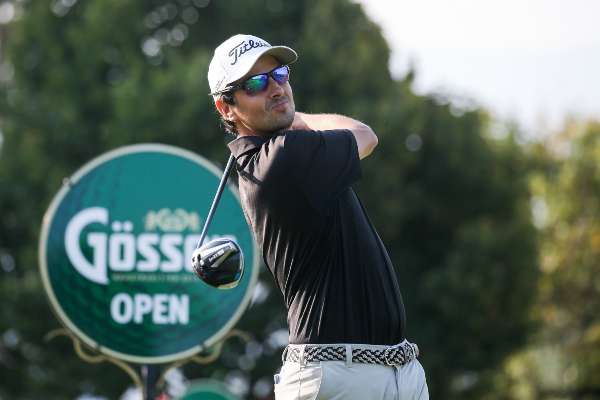 Maria Lankowitz (Austria), August 13, 2020 – Jordi Garcia Del Moral roared back into action with a -12 (60) on the first day of the Alps Tour 2020 season at the Gösser Open here at the Erzherzog Johann Golf Club. He entered the clubhouse before play was suspended due to thunderstorms.

With an incredible 8 birdies and 1 par on the front nine and then another 4 birdies on the back nine, the Spanish player was evidently thrilled with his game:

“To be honest, I think this was my best day on the golf course. I played unbelievably well despite missing a sure putt on the 18th. I’m very happy as I have been working so hard for the last year. All the players, in fact, everyone knows how tough the situation has been with the Covid. It’s good to be back and I’m really excited to be playing a golf tournament again”.

Jordi has battled with injury over the years since damaging his wrist ligaments in 2009 so knows what it takes to rise to a challenge and consequently has just one aim in mind:

“I’m very focussed to get back on the European Tour. That is my main goal. The players are better and better. The level on the Alps Tour and Challenge Tour are incredible and for the European Tour you have to be at the top of your game”.

He also joked about having been finally able to get a decent night’s sleep this week as he became a father for the second time last week.

His Spanish compatriot, Angel Hidalgo Portillo, lies in second position with a -8 (64). He started from the 10th tee and carded two birdies on the front nine. He added four more birdies coming into the club house to finish in style with an eagle 3 on the last hole.

Just behind him at -7 (65) are a group of five players. From Austria, Uli Weinhandl and Lukas Nemecz, the 2017 Gösser Open champion. The only New Zealander on the tour, Shaun Jones is alongside them. Two Italians make up the tally, Andrea Saracino whose last win was at the 2018 Des Iles Borromees Open and Jacopo Vecchi Fossa who was on the 12th when play was suspended so still has leeway to move up the leader board.

One of his playing partners, Thomas Elissalde is in the group of four players close behind at -6 (66). He is joined by his compatriot Sebastien Gandon , Sam Robinson from England, and the Portuguese player, Tomas Bessa Guimaraes.

Play will resume at 7:00 am tomorrow, Friday 14th August. Whilst the temperature will remain warm, there is a strong likelihood of further thunderstorms. Let’s hope they hold off until the evening! 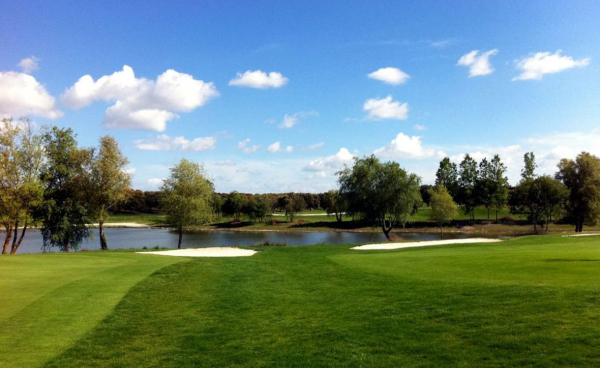 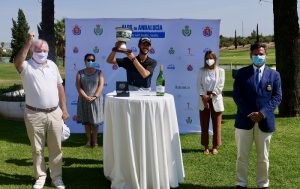 Vacarisas seals his first win on the Alp... 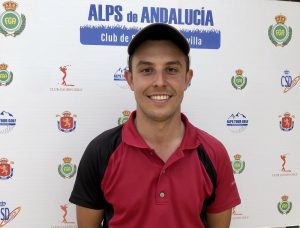 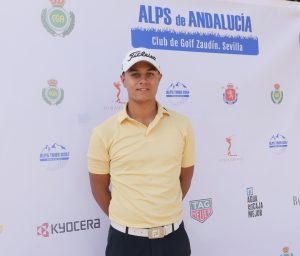 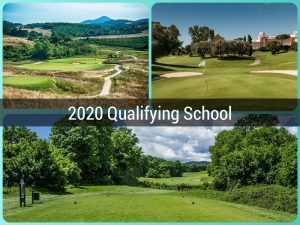