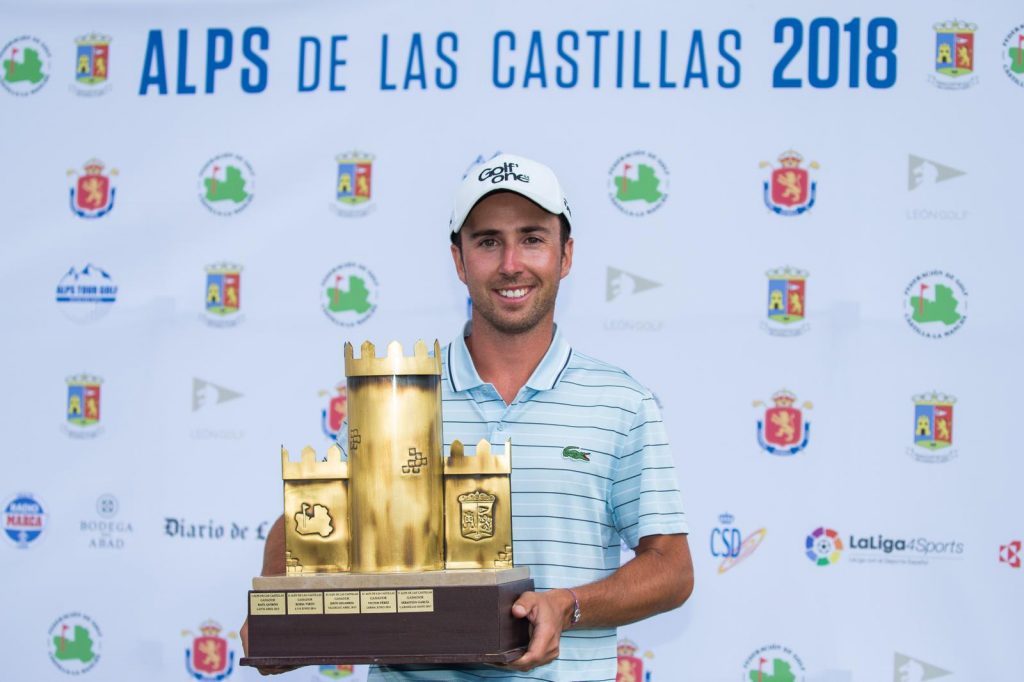 Alps Tour veteran player Thomas Elissalde (FRA) won today the Alps de Las Castillas at the Leon Golf Club with a total of -14 after a nerve wracking final round which saw three players ended their day tied for 1st place.

The three players made par in the first playoff hole to remain tied. Elissalde was able to pull it off on a second playoff hole by making a birdie and thus winning his first Alps Tour tournament of the season.

«  It feels great but this was not expected at all » Elissalde said. «  The first hole of playoff was complicated, I had to make a wedge putt from the bunker, it was very tough. I made birdie on the second playoff hole, it’s just amazing » he explained.

Thomas Elissalde, who turned in the best card of the day at -9 (an eagle and 7 birdies), was first to tee off today’s final round with his brother Paul. He had to wait 2h30 before finding out he would have to do some overtime in a playoff game. « I thought the other players would have made more birdies so I was not expecting a playoff. I went to practice for 40 minutes just to practice my golf and to be ready for the playoff » he said.

It is the Elissalde’s fifth victory on the Alps Tour in his five years on the circuit. «  I’ve won one Alps Tour tournament each year since turning pro, it’s just great to win five times on the Alps Tour. I just want to share this victory with my friends and family and be ready for next week’s event » Elissalde concluded.

Markus Habeler (AUT), who had been leading the tournament since round 1, made par in the final round to finish in 4th place.

Rising golf stars of the Alps Tour will now travel to Italy for the Iles Borromees Open July 26th through July 28th.