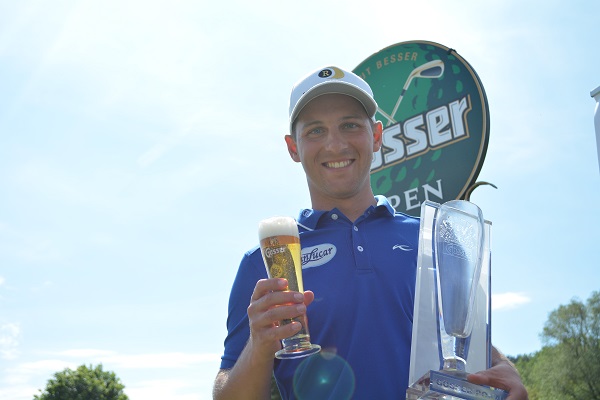 Rising golf stars of the Alps Tour head to Austria this week for the 26th edition of the Gösser Open, the oldest tournament on the Alps Tour circuit which was created in 2001.
144 players are scheduled to gather at the Golf Club Erzherzog Johann at the foot of the Stubalpe mountain in bucolic Maria Lakowitz May 24th through May 26th.
«  Players are always looking forward to participating in the Gösser Open tournament administrator Alessandro Pia said. “ The clubhouse is very cozy, it is very quite, we’re surrounded by mountains, everyone loves travelling there” Pia added.
«  It is a pleasant course to play. It seems simple to play but you can quickly get caught » Frenchman Alexandre Daydou said.
The €42,500 prize money tournament is played over 54 holes of traditional stroke. Following a cut after 36 holes, the top 40 and ties will qualify for the final title day of the tournament.
Spain’s David Borda, leader of the Alps Tour’s Order of Merit, is due to take part in this year’s edition.
Defending champion Lukas Nemecz (Aut), past winners Thomas Elissalde (Fra, 2014) and Brendan Mc Carroll (Irl, 2012-2013) who received a wild-card from the promoter are also expected to play this year in Maria Lankowitz.
Although Nemecz’s focus this season is on the European Challenge Tour, which is a step above the Alps Tour, the participation of the 28-year-old Graz resident in the tournament was never in question.
« My success in the tournament last year was the initial spark for a really good season » Nemecz said. « Of course, it would be awesome if I could win my home tournament again this year. It will not be easy, as the level on the Alps Tour gets better year after year. But I’m in good shape and I’m confident » said Nemecz, who recently tied for 14th place at the Challenge Tour event in Portugal.
The Gösser Open is launching a busy period for Alps Tour players with almost a tournament every week until the end of July.
The 26-year sponsorship engagement of Austrian brewery Gösser in the tournament is unique in the Austrian sports scene. « Like the Gösser brand, the Gösser Open stands for great tradition and top quality » Gösser Sales Director Ronald Zentner said.
The Golf Club Erzherzog Johann features a 18 holes, par 72 Championship Golf Course with a total length of 5 967 meters.
Latest Alps Tour Golf News