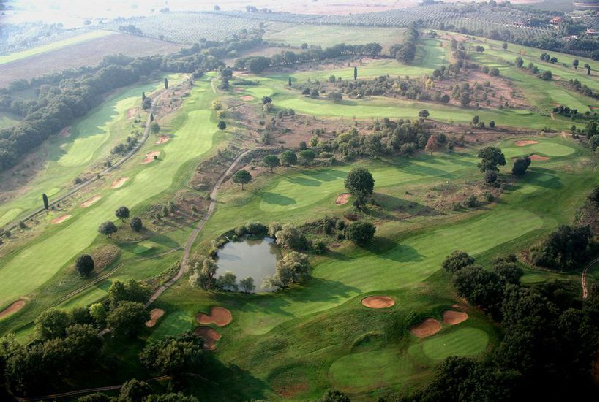 July 22nd, 2019 – Rome, Italy – Italy will host the final two tournaments of the 2019 Alps Tour season prior to the Grand Final. The second to last tournament will be held at the Golf Nazionale, a first at this scenic location. Situated 60 kilometres to the north west of Rome, is not only considered one of the best courses in Italy but also one of the toughest.

Opened in 1990, it hosted the 1991 World Cup of Golf and numerous national and European tournaments since. It is the course of the Italian Golf Federation, home of the National Golf School and is also the venue for the yearly PGAI (Professional Golfers’ Association of Italy) selections.

The Alps Tour players will be looking to maximise their points as they jostle for qualifying positions, be it for next years Alps Tour, the Challenge Tour or Stage 2 of the European Tour Qualifying School.

The Italian players will be out in force on their home turf. The Italian winners on the tour this year, Edoardo Lipparelli victor at the Open de Saint Francois Region Guadeloupe winner and currently second on the Order of Merit, Luca Cianchetti, winner of the Katameya Dunes Open, and Lorenzo Scalise winner of the New Giza Open are among the 60-odd Italian players currently entered.

But the Italians will have their work cut out for them. The Spaniard, Gonzalo Vicente Elena, fresh from his victory at the Fred Olsen Alps de La Gomera in the Canary Islands, will be looking for a repeat performance. He’s joined by his compatriot, Sebastian Garcia Rodriguez, two-time winner this year at the Abruzzo Open Dailies Total 1 and the Memorial Giorgio Bordoni, and third on the OofM.

The Order of Merit, fourth-placed, Austrian, Timon Baltl, winner of the Gosser Open and fifth placed, Enrico Di Nitto from Italy would both like a win to consolidate their positions.

However, all the players will face a challenge on this Jim Fazio designed course. The 592 yard/541 metre first hole sets the tone. Numerous strategically placed bunkers threaten along the oak-lined fairways and dense rough awaits any wayward shots. Water comes into play on four or five occasions and the undulating greens are a true test of putting ability. After a series of dogleg par fours and long par three’s, the course finishes with a 545 yard/498 metre par 5.

The weather promises to be sunny with a gentle breeze, so it looks like the scene is set for an thrilling tournament in the idyllic setting of the Lazio countryside, surrounded by an impressive natural landscape and a spectacular view of the Cimini mountains in the background.