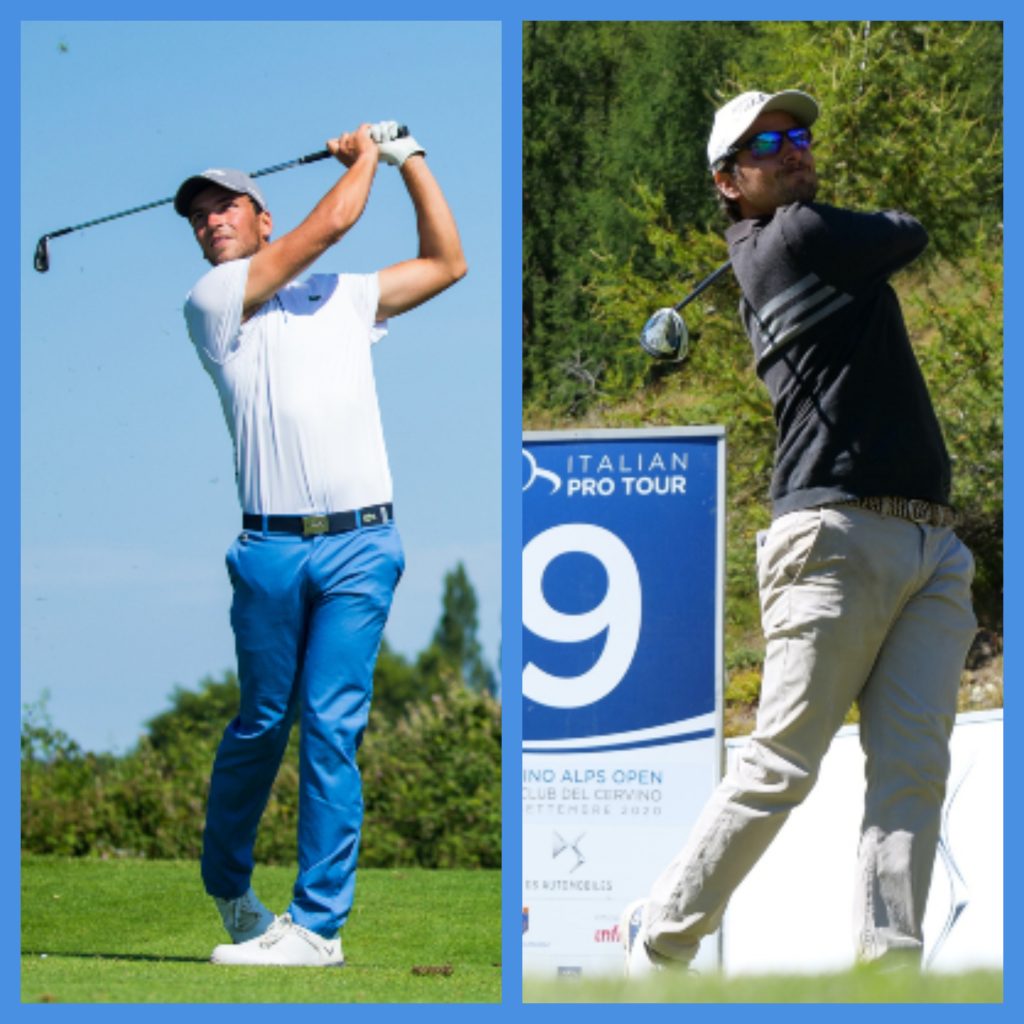 Breuil-Cervinia (Italy), September 3rd, 2020 – When Jordi Garcia del Moral from Spain reached the 19th at the Cervino Golf Club after his morning round, he was still tournament leader at 125 (-11). His nearest rivals were three shots behind but a certain Frenchman, Sebastien Gandon, had not had his final say and play.

Gandon had started the day at -3 and his day began well:

“I had a fantastic day. My putting was really good, I started with three birdies in a row from the 3rd to the 7th, which got me into the game. Then I had a bit of a blimp on the 10th with a bogey but made eagle on the 13th sinking a 10-metre putt which put me at five under for the day.”

He then followed with two pars and three holes to go. But, as we all know in golf, the game “aint over til it’s over”:

“The last three holes were like a bonus; on the 16th I pitched the ball to within 2 metres of the pin and made birdie, the 17th an approach shot for birdie, and on the 18th a four-metre downhill putt for birdie. Magic putting.”

In joint third at 128 (-8) is the Italian Marco Guerisoli who slipped back a spot from yesterday. He is joined by Pierre Verlaar from the Netherlands who carded a -6 (62) for the day with an amazing nine birdies tempered by three bogeys to see him move up 17 places. With them is the Frenchman, Romain Guillon, who finished in fourth place yesterday but whose -3 (65) for the day keeps him well in contention.

After that, the remaining top ten spots all belong to new arrivals compared to yesterday on the board. Sixth with 129 (-7), Stefano Mazzoli from Italy had a bogey-free round and six birdies for a -6 (62) round that saw him leap thirty places.

The last four players in the top ten are all at 130 (-6) including the Dutch player, Lars Keunen, winner of the 2020 Ein Bay Open who shot a -5 (63), a score matched by the Italian, Carlo Casalegno. Two rookies enjoying their first Alps Tour season make up the count, Jeong Weon Ko from France, and Inigo Carmona Ybarra from Spain.

The cut came at -1 (135) after thirty-six holes which sees 52 players, 41 professionals and 11 amateurs, qualifying for the third and final round. Play starts at 8:00am from tees one and ten with the last flights teeing off at 9:28am. With warm and mainly sunny weather forecast the players should enjoy their final day here at the Cervino Open.