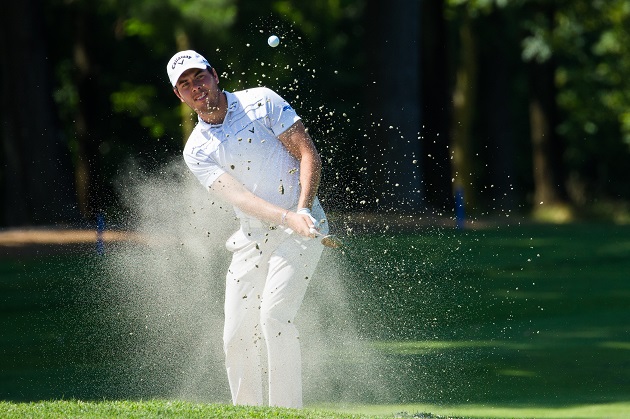 Lipparelli on top after first round of Memorial Giorgio Bordoni

22 May, 2019 – Appiano Gentile (Ita) – Edoardo Lipparelli’s good form is back: after a missed cut in Austria last week, the Italian, 22, has posted a spotless 62 (minus 8, with 8 birdies – 5 on the front nine and 3 in the back nine) on home soil in the first round of Memorial Giorgio Bordoni at Golf Club La Pinetina, near Lake Como in Northern Italy.

Lipparelli had played the first 7 tournaments of the season in-money, with four top-tens and two second places, and is now standing in third position in the Order of Merit, behind leader Sebastian Garcia Rodriguez (Esp), who signed today a 68 (-2, tied 21st) and Frenchman Fred Lacroix (69, -1, tied 33rd).

“I’m happy about the way I’ve played today, in the last two tournaments my putting was shaky but here I’ve found back the feeling with it and every part of the game came in place”, said rookie Lipparelli, 22, “the long game was good, but making some long putts helped a lot, too. The course might look easy at first sight but it is actually quite tricky and requires a careful strategy”.

At 17:06 tournament director, Alessandro Pia, was forced to call for a h. 1:25 suspension of the game for a passing thunderstorm when many players were still on the course, and Lipparelli among them: « I wasn’t bothered much by the suspension actually, because it did not last too much; I was playing well and I did not loose my concentration. Tomorrow I will try to keep the same strategy, hoping that the weather conditions don’t change much ».

Tied in second place at 64 (-6) are two more young players, both 20 years old: Italian amateur Adalberto Montini, member of the National team, who made seven birdies and just one bogey-four (on hole 2), and Frenchman rookie Edgar Catherine, winner when still amateur of Citadelle Trophy – Preisch Open in 2017, and with two top-tens in the last eight tournaments he played this season as a pro: on his bogeyfree card today six birdies, four in the front nine and two in the back.

The tournament, in its 6th edition, is entitled to Giorgio Bordoni, highly respected coach of the Italian teams who died prematurely at 48, in 2013, and it is promoted by Italian Pro Tour with the support of Banca Generali Private (Title Sponsor of Italian Pro Tour), BMW (Main Sponsor), Kappa, Leaseplan and Dailies Total 1 (Official Suppliers).