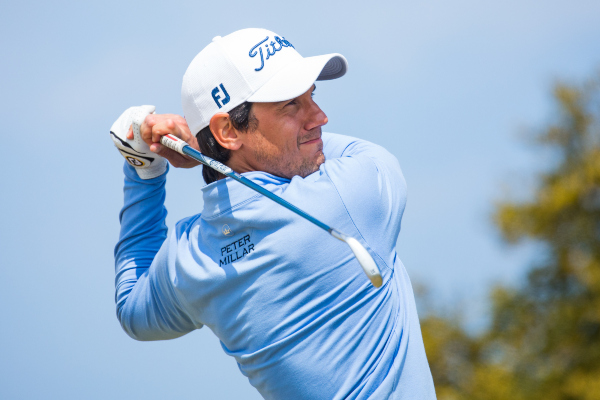 Manassero the Recidivist Takes the Lead End of Day 2

March 29th, 2021 – Lecce, Italy. Yesterday’s play concluded this morning with no change in the leader at the MIRA Live the Soul Open but by the end of the day Matteo Manassero finds himself in the same position as at last week’s MIRA Golf Experience Acaya Open after thirty-six holes. Ahead by one stroke on 133 (-9), he moved twelve places up the board after shooting a -6 (65) today with 7 birdies and a bogey. A pleasing result for the Italian:

“A very solid round. Well, we’re in the same position as a few days ago, -9 and up on the leader board and that’s obviously a really good feeling but golf is like that! I’m always really focussed on the work I’m doing and on the process of becoming better so those are really good signs that I’m definitely going in the right direction and it’s really good to have another opportunity tomorrow. The last one didn’t go too well. In the end I lost by one shot, so I guess a few putts were the key but it’s always like that. Anyway, it’s really good after that to come and have two really good rounds again and be in a different but similar position and be on the leader board”.

Angel Hidalgo Portillo retains his second place from yesterday on 134 (-8) alongside the Italian Enrico di Nitto. Teeing off at 13:10 Hidalgo kept the suspense going right up to the end. Starting at -6, six birdies and two bogeys saw him approach the 17th at -10 but he concluded the round with two bogeys for a -2 (66) for the round to leave him trailing the leader by one stroke. Di Nitto who was second on the 2019 Alps Tour OofM and now plays on the Challenge Tour scored a -6 (65) to join Manassero with the lowest round of the day. Not having played since November, Di Nito was glad to be back in competition:

“This is a very good place to start. The course is great, conditions are tough and it’s very important to have some tournaments before the start of the season. It was a very, very good day. I had some good feelings and I tried to take them to the course today. I made some great putts and some great shots to the green. On the back nine the wind was picking up a bit, so I had to stay focussed, more so than in the beginning and it paid off”.

Three players share fourth place at 135 (-7) including yesterday’s leader, Cristiano Terragni. The birdies did not fall for him like yesterday and with four bogeys he finished at +1 (72). The Dutch player, Koen Kouwenaar, remains in contention with a -2 (69) after his third position finish yesterday and the French amateur, Paul Margolis remains solid having carded a -3 (68).

Manuel Elvira from Spain also lost a bit of ground today moving from third to seventh after doing par (71) for 137 (-5) whilst two Italian amateurs are right behind him on 138 (-4) Gregorio De Leo and Alessandro Tadini.

The cut came at 144 (+2) with 47 professionals and 9 amateurs going through to tomorrow’s final.

Windy conditions are forecast for Tuesday after two relatively calm days, so anything could happen as we saw last week, here at the Acaya Golf Resort. First flights tee off at 08:00 am from the 1st and 10th with the leaders heading off at 09:39 am.