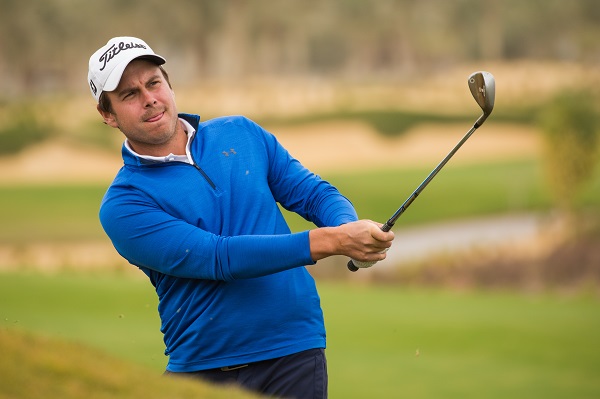 Memorial Giorgio Bordoni, Lipparelli keeps the lead, but Van Meijel is just one stroke back

23 May, 2019 – Appiano Gentile (Ita) – With a second round in 68 (-2), Edoardo Lipparelli was able to keep the lead of Memorial Giorgio Bordoni even though his nearest contender has narrowed the gap to just one stroke. In fact, thanks to a solid 66, Dutch Lars Van Meijel has climbed two positions from 4th to 2nd place and will be breathing down Lipparelli’s neck during tomorrow’s final round.

« Today my long game was as good as yesterday – said Lipparelli, 22, who marked three bogeys and five birdies – but the putting didn’t assist me as much; I’m very satisfied anyway, pins were harder today, so I’m happy I came back with a minus 2 which keeps me on top of the leaderboard. Yesterday’s night thunderstorm lowered a bit the temperatures and left the course pretty wet and heavy early in the morning, and even though during the day it dried up, the greens were softer and the ball was flying less with more spin, so all this has had an influence over general scoring. Tomorrow’s strategy? Just play shot by shot, without thinking too much about the score or about what the others are doing, of course I cannot control their game, so… anything can happen on the last round, we’ll see ! ».

Van Meijel, 24, winner of 2017 Red Sea Little Venice in Egypt, started with a birdie but then had a rough time between holes 2 and 4, when he had two bogeys ; he was then good enough to recover with five more birdies and finish the round at -4 (66). The best card of the day was returned by Spaniard Jacobo Pastor, 30, with a very consistent, bogeyfree 64 (-6) with three birdies on the front nine and three on the back, that made him climb from 21st to third position, tied with Irishman David Carey and Frenchman Pierre Pineau.

The tournament, in its 6th edition, is entitled to Giorgio Bordoni, highly respected coach of the Italian teams who died prematurely at 48, in 2013, and it is promoted by Italian Pro Tour with the support of Banca Generali Private (Title Sponsor of Italian Pro Tour), BMW (Main Sponsor), Kappa, Leaseplan and Dailies Total 1 (Official Suppliers).