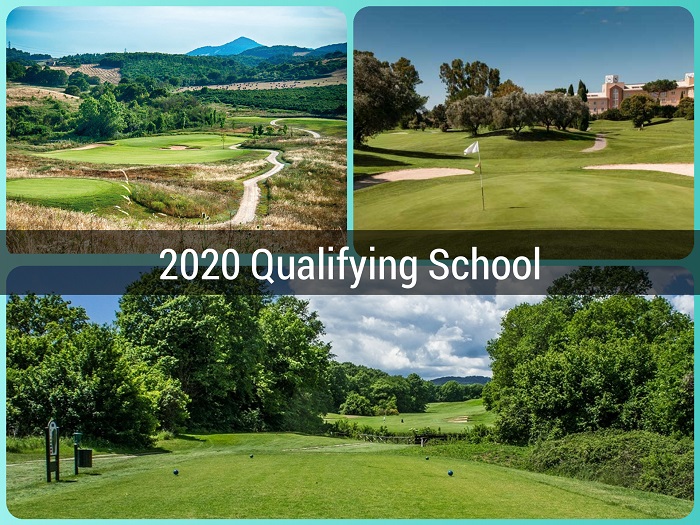 November 11th, 2020 – Rome, Italy – After all the players had teed off this morning on each of the three courses in the First Stage of this year’s Alps Tour Qualifying School, the official announcement of the number of places available to qualify for the Final Stage was made. Of the 161 players today, there will be a total of 86 slots to join the 58 others already qualified by exemption.

Interestingly, the leaders on each of the three courses today carded identical scores of 69 (-3) over the first eighteen holes.

A total of seven players hit under par today. At the end of play, at 69 (-3) joint leaders are Leo Andeer from Switzerland and the Spaniard, Sigot López. The Swiss player, with three birdies and no bogeys, carded the only bogey-free round of the day on all of the three courses.

In second place at 70 (-2) are two amateur players, Odin Antonino Urso from Italy, and Sam Dumez from France. And in joint third at 71 (-1) another duo of amateurs from Spain, Victor Garcia Broto and Alvaro Hernandez Cabezuela alongwith Henry K Simpson from France. Hernandez Cabezuela was the author of one of two eagles on the course today, the other going to Paul Foulquie from France currently lying 24th. We then have a group of four players at par,

A total of nine players broke par today. Joint leaders from Spain, David Morago and Javier Gallegos on -3 (69). Morago had one of the three eagles scored here today, alongside three birdies and a double-bogey. Gallegos had five birdies and two bogeys.

Joint second place goes to two Austrian players on 70 (-2) who have previously played on the Alps Tour; Clemens Prader winner of the 2008 Czech Open, who also had an eagle on his card and Bernard Neumayer. The third eagle of the day went to Augustin Hole from France currently in 25th position.

We then have a pack of five players at 71 (-1) including two amateurs, Henri Battilani from Italy and Hugo Legeay-Gaucher from France. They are joined by Alvaro Veiga Pena from Spain, the Austrian Jurgen Maurer and Alessandro Aloi from Italy.

Only two players came in under par. Leading after 18 holes is the Italian amateur, Alessandro Radig on 69 (-3). Two strokes behind him is Will Heffernan, the only Australian player present, on 71 (-1). Both had steady rounds as Radig carded five birdies and two bogeys, whilst Heffernan had two birdies and one bogey. Two more Italian players are next at par 72, Filippo Bernabe and Matteo Massitti. The rest of the field are at 74 (+2) or more.

The players tee off tomorrow morning in the decisive round at 8:00 am on the Golf Nazionale and Terre dei Consoli Golf Club courses and at 8:30 am on the Parco de’ Medici course. Should there be a tie on any of the courses, then a hole by hole playoff will be used to determine the players for the last qualified spot and alternates.

The weather will be a little less favourable than today being forecast to be cloudy and with the possibility of occasional showers in the afternoon.