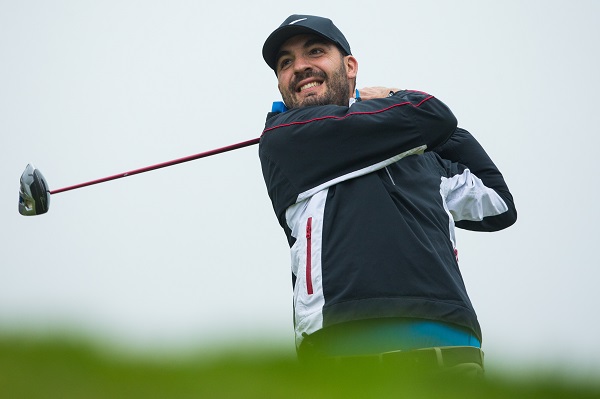 Rain disrupt 2nd Round in Portugal

The second round of the Obidos International Open was heavily disrupted today by rain showers that led to a 4h30 interruption.
«  We started the game normally because the weather forecast was not that bad. And then, at 09h08 local time, it started to rain a lot, greens and fairways were flooded and we had to stop the play » Alessandro Pia, Tournament Director, said.
«  We resumed the game at 13h45 local but there was not enough time to finish the second round of the tournament because it was becoming too dark to play » Pia explained.
At the end of the day, David Borda (ESP) is the new current leader at -5. Yesterday’s co-leader Rui Morris (POR) only played 3 holes and remains in second place at -4. Tied for third place at -3 are Lars Van Meijel (NED), Guillaume Cambis (FRA) and Michele Ortolani (ITA) who all completed the second round.
«  It was a long day, a really long day » David Borda (ESP) said. « I started at 8 o’clock in the morning, played 4 holes and then stopped playing. We resumed playing in the afternoon and we were able to finish, I’m very happy with the result as I made 3 under with tough conditions, I put really good » he added.  When I stopped playing, I went back to my apartment to have some rest and just waited until play resumed » he explained.
« I only played 5 holes today » Julien Brun (FRA) explained at the clubhouse. « It’s frustrating as we’re here to play and it’s not easy to start at 19h, it was a difficult day » he added.
«  The second round will resume tomorrow morning at 9h15 » Pia announced.  « There won’t be enough time to launch a final round without the risk of not completing it. Therefore, the committee took the decision to cancel the third round and the tournament will be reduced to 36 holes » he added.
Latest Alps Tour Golf News