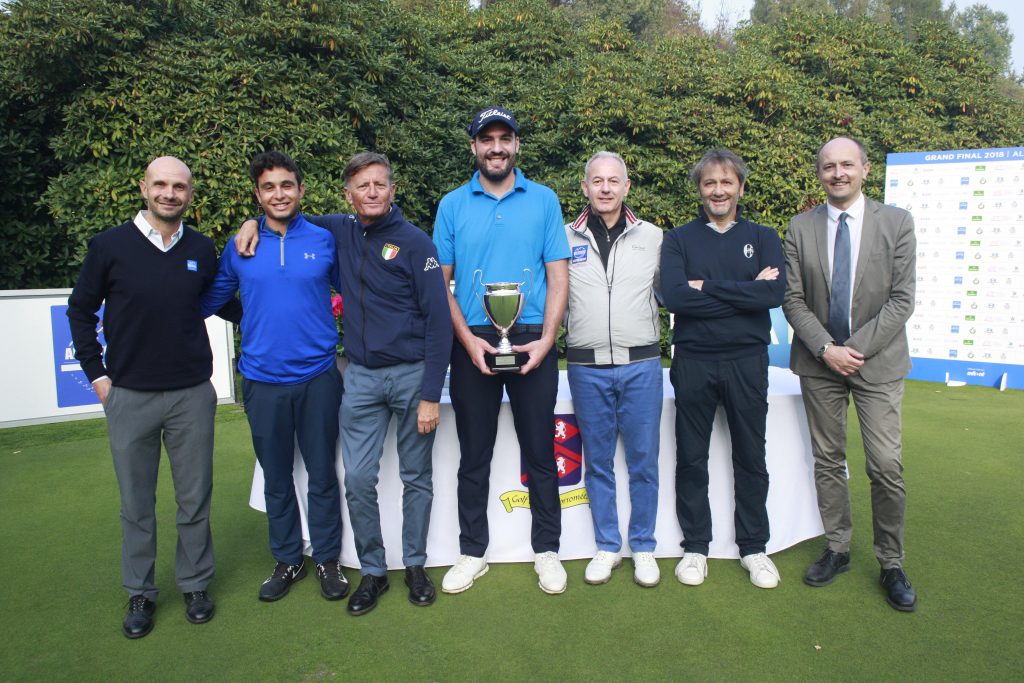 David Borda (ESP) won today the Alps Tour Grand Final with a total score of -19. It is Borda’s second victory on the Alps Tour this season.

Hugues Jr Joannes (BEL) finished in 2nd place (-17 total) while Ivan Cantero Gutierrez (ESP) and Leo Lespinasse (FRA) tied for 3rd place with a total score of -13. Lespinasse turned in the best card of the day (64, -7) making an eagle, 6 birdies and a bogey.

«  I’m feeling really really good, I could not be happier, I think it was my best week ever. I’m so happy » Borda said. «  For sure, I felt the pressure, everybody was feeling the pressure this week, but I managed it and I played very very good during the last 4 days. I’m looking forward to next year on the Challenge Tour ». Last year, David Borda failed obtaining a Challenge Tour card by a few points.

Santiago Tarrio (ESP), who played this week at the European Tour’s Valderamma Masters in Spain and thus did not take part in the Grand Final, finishes the 2018 season first in the Order of Merit, the Alps Tour official season ranking, with 26,702.45 points. With today’s win, David Borda moves up to second place in the Oom. Alexandre Daydou (FRA), Louis Cohen Boyer (FRA) and Marcus Mohr (ENG) complete the top 5 of the Oom and will all be playing on the Challenge Tour next season. Marcus Mohr, who had a very disappointing Grand Final finishing tied for 33rd place (+3 total), makes the top 5 by less than 700 points. « I feel very lucky to finish 5th in the Order of Merit. I did not play very well at all this week » Mohr said.

«  First, I would like to congratulate my friend David Borda for his second victory of the season » Tarrio said. «  I was disappointed not to be able to play the Final because it is a course that I love and I feel welcome at the Golf Des Iles Borromées » he continued. «  Finishing first in the Order of Merit is very important for me because there were many very good players this year on the Alps Tour and to beat them means that I can reach the European Tour as I think they will also do » he added. «  Finally, it’s great to follow the footsteps of Adriá Arnaus who won last year’s Alps Tour season ranking. This shows that I am on the right track » Tarrio said.

As an amateur, Adria Arnaus won the 2017 Grand Final and finished first in the Order of Merit. Arnaus is currently ranked 9th on the Challenge Tour and will play on the European Tour next season.

«  I would like to dedicate this season to my whole team. Without them, I would not be at the top. I’d like to thank my friends and my sponsors, my whole family, Joaquín Dosil for making me improve and for supporting me from the first day in many aspects and of course, my caddie and girlfriend, Noelia Garcia. Much of the successes are because of her » Tarrio concluded.

The Alps Tour would like to thank the Golf Club Des Iles Borromées for their wonderful hospitality and all the sponsors of the tournament for their strong support.

The next Alps Tour event will be the Qualifying School at La Cala Resort  in Malaga, Spain, December 9th through December 15th, 2018.