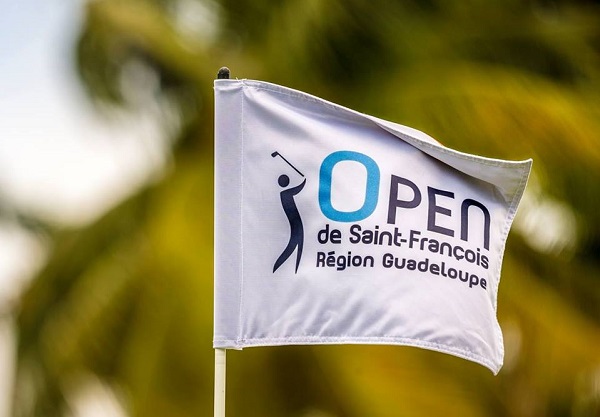 1 June, 2019 – Saint-François (FWI) – Alps Tour is ready to fly to the Caribbean Islands for its traditional date with Open de Saint-François – Région Guadeloupe, now on its 9th edition. From 6th to 8th June, our best representants will gather at the Golf International de Saint-François with the goal of succeeding to Englishman Marcus Mohr, winner of the 2018 edition and now playing on the Challenge Tour.

Among them, Frenchmen Léo Lespinasse and Thomas Elissalde, two former winners of the tournament, hope to reiterate their performances of 2016 and 2017, when they raised the trophy of the Open de Saint-François – Guadeloupe Region, with a card of -5 and -6, respectively. Maxime Radureau, who finished 2nd last year, will also be a serious contender, as well as experienced players Xavier Poncelet and Julien Foret, who demonstrated their good form in this first part of the season on the Alps Tour. Foret is a former player of the European Tour and Poncelet has just finished in 2nd place in the Gosser Open (Austria), they are both in good position to aim to one of the 5 spots available at the end of the year for the promotion to the Challenge Tour.

Italian Edoardo Lipparelli and Austrian Timon Baltl will also have the spotlights on. Lipparelli is currently 2nd in the Order of Merit and debuts in Guadeloupe after three 2nd places – the last one in Italy at the Memorial G. Bordoni, the last tournament preceding the Open de Saint-François-Région Guadeloupe. Timon Baltl is also in full confidence, having won the Gosser Open 2 weeks ago with a very impressive final card of -19.

During the tournament, access to Golf International de Saint-François is free to the public, and many entertaining moments are planned for spectators and players alike, culimating in the Cut Party, the traditional Friday’s White evening at the Club-House.

Open de Saint-François-Région Guadeloupe comes as a crucial turning point in the 2019 Alps Tour schedule: it is the 10th event of the season, and only seven more will take place in the following months until September between Italy, France and Spain, before the 2019 Grand Final (which is reserved to the top 50 players in the Official Order of Merit); moreover, the Saint-Malo Golf Mixed Open has only 72 spots available according to 2018 categories – it is a mixed event with the players of the Ladies European Tour Access Series; so it is clear that all the players will aim to accumulate here as many points as possible, in order to grant themselves the chance to be admitted to the Grand Final.