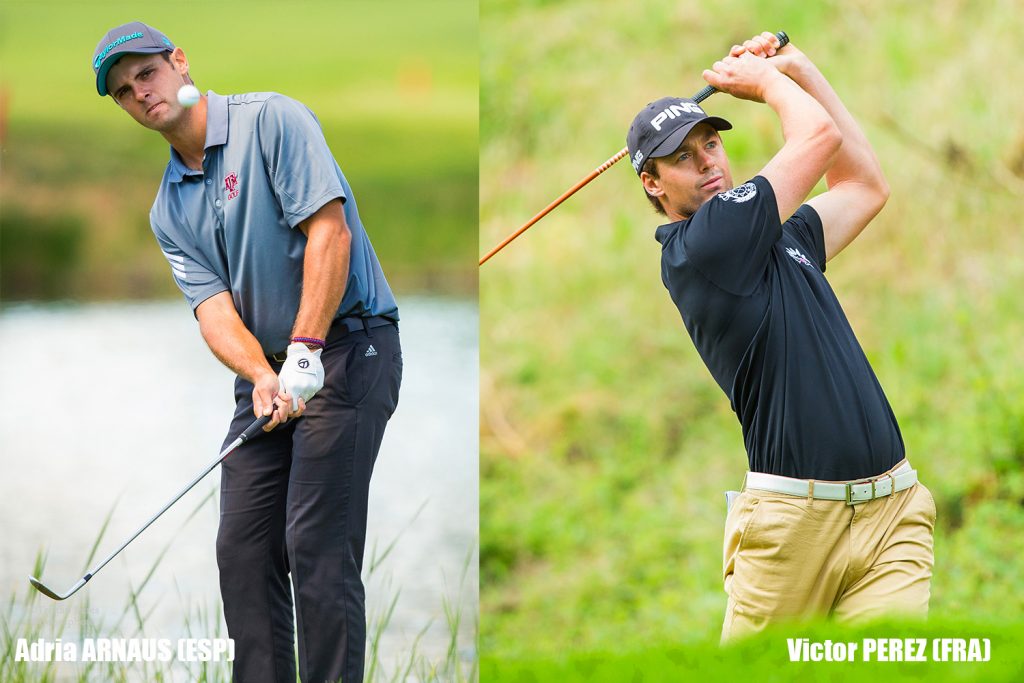 In their own words: Adria Arnaus and Victor Perez

Adria Arnaus (ESP) and Victor Perez (FRA) both had a tremendous season ending on the Challenge Tour. The Alps Tour alumni will play on the European Tour next season. They took a few minutes to talk to us about their season and more.

You both had a great season on the Challenge Tour! Tell us about it.

Adria Arnaus: “It’s been an amazing season, I’m really happy with what we’ve been able to achieve. At the beginning of the season, my main goal was to get my European Tour card and as the season went on, I realized we could aim a little bit higher. My plan was to try to be as high as I could in the rankings. My win last week (Ras Al Khaimah Challenge Tour Grand Final) was amazing, to be able to finish the year like that is unbelievable. I’m really happy I could move in 2nd place overall in the Challenge Tour in the rankings, that was so cool”.

Victor Perez: “My season ended very well with a victory in China (Foshan Open) and a second place in the Challenge Tour Grand Final to finish 3rd overall in the season ranking. It’s great after a first season that had already gone well. Last year, I missed the European Tour category by not much finishing in 18th position overall. I’m happy to confirm this season and move up to the ET. I’m just very happy at what is happening to me”.

How do you apprehend next season on the European Tour?

AA: ” I’m just going to try to do the same things I’ve been doing, focusing on things I can control as best as I can. My goal is to aim high again in the rankings and have my chances to win. This is all I can say at this point, I still need to seat down with my team to determine what my objectives will be next year. But I’m definitely aiming high.”

VP: ” I have to be really focused on my game. I proved with my results that my game was good, I must not try to change anything or think too much, I think that the recipe I have today works pretty well, I must try to keep the momentum going and continue on the same path.”

What can you tell us about your year on the Alps Tour ?

AA: “The Alps Tour was really a good learning experience for me. It’s on the Alps Tour I started getting into the mix with professional golfers and it was great to see I was able to compete with them even as an amateur. At the end, being able to win the Order of Merit as an amateur was so special. To play very good and to finish that way was something I could not even imagine at the beginning of the year. It was a great stepping stone for this year and being able to do what I’ve done on the Challenge Tour. It gave me a lot of confidence. At the end, for me, it’s really important to stay on the process, to stay focused on working well and giving myself time for things to come and they will come! It’s just been a process of going through Alps Tour, through the Challenge Tour and hopefully, next year, things will be very good and we will be talking about bigger things then.”

VP: “Upon my return from the US, I played the PQ1 but did not make it and therefore, I had to start at the lowest level with the first stage of the Alps Tour’s Qualifying School in Spain. I got to play on the Alps Tour and after quite a few tournaments, I had the chance to win a tournament (Alps de Las Castillas 2016) which allowed me to finish in the top 5 of the Order of Merit. It’s true that it was somehow a pivotal year for me. The Alps Tour is challenging because at the end of the season, there are only 5 players who move up and every year, there are more than 5 players who have the level to move up so you have to play your cards right. You need  to have a little bit of success and, as I often say, it is important to stay focused on your game level and to try to improve your game without too much watching the scores and the results even if we’re interested in knowing what position we are in, if we are performing well, if we will move up, etc, etc … Beyond that, we must be able to focus on what we can do, on what we control, on our game level, and from there, to see where it takes us. My season of Alps Tour ended well but if I had finished one spot behind, I do not know exactly where I would be. I may had done a second year on the Alps Tour with possibly some doubts settling in.”

Do you have any advice for players who will compete on the Alps Tour next season?

AA: “I want to encourage everyone to play on the Alps Tour. It’s really great because I think if you’re able to compete on the Alps Tour, at the highest level, then you’re ready to do more. There is a good level on the Alps Tour and definitely, being able to finish consistently in the top 5 on the Alps Tour tells you that you’re ready for more. People coming into this year’s Alps Tour should see it this way. They should try to compete their best and be able to give them chances to improve and to learn because it’s a great tour. Also, you learn the basics on travelling, on sharing stuff with other people, and also, you’re supported by a great group of people in the organization. You definitely make really good memories. I do have many of them. Alps Tour is definitely something I will always remember.”

VP: “If I have any advice for a newcomer on the Alps Tour, it would be to really focus on his own game level, to really look at what he needs to perform well during the week, to work the shots that he will need during that week. It is really important to stay focused on his own performance rather than looking at last year’s score even though it may give an indication. The Alps Tour rookie must be aware of this but not be obsessed by the scores, by the results, by looking at what others are doing. The player must really focus on him, on what he knows to do and how he can improve his game because in the end, in golfing, we control really just that.”

Thank you Adria and Victor and good luck on the European Tour next season!

Alumni and Members back to Sokhna

The leaders of the Alps Tour order of merit are back to Egypt this week thanks to their results in 2016. Franck Daux won back to back event in Sokhna last February, Matt Wallace wont the event in Cairo and David Carey, third at the ODM took the final invit. Antoine Schwartz, Alps Tour member, earns his invit thanks to a win in January.

They are more than 30 Alumni from Alps Tour to be in the field this week to honour the Egypt to come back in Challenge Tour schedule. Among them, current European Tour member Clément Berardo who played the Open de Espana in Valderrama last week.

Challenge Tour trusted Ali Mohamed, the golf manager, to organise a great event and Simon Higginbottom, Challenge Tournament Director, confirmed Alps Tour’s knowledge of the venue, thanks to its Director, Estelle Richard, was a great support.