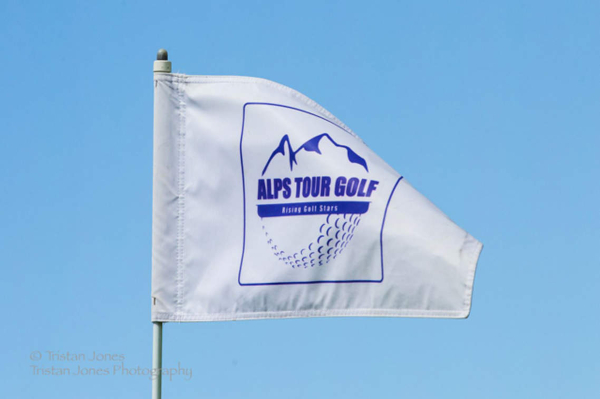 Qualifying School 2020 – All Set For The Final Stage

November 14th, 2020 – Rome, Italy – With the play-offs of the First Stage completed yesterday, the 144 players in the Final Stage of the Alps Tour Qualifying School 2020 are registered. And we can look forward to some great golf given the players in the field.

Notably, among the 42 amateurs, there is David Ravetto from France currently 23rd on the WAGR who raised the Brabazon Trophy in August of this year by winning the English Men’s Open Amateur Stroke Play Championship.

From Spain, there is Eduard Rousaud ranked 4th on the WAGR who became only the fifth ever Spanish player to play a Major as an amateur when he participated in the US Open in September 2020. Just last week he finished joint fifth at the Andalucía Challenge de España, the only amateur to make the cut at the Challenge Tour event.

The Portuguese amateur, Pedro Lencart E Silva, recently distinguished himself with a win at the Portuguese Federation Cup last month.

Another rising French amateur is Charles Larcelet winner of the 2019 French Men’s Amateur Stroke Play Championship (Murat Cup) who also did himself proud at the 2019 Amundi Open de France by making the cut.

And within the home-grown amateurs, two Italians to watch, Gregorio De Leo and Davide Buchi have already participated in three Alps Tour events this year with their best results at the Cervino Open, 6th and 17th respectively. Plus, of course, Alessandro Radig who was second in the First Stage on the Golf Club Parco de’ Medici course.

Several former, top, amateurs, recently turned pro, join the qualifiers. Matyas Zapletal from the Czech Republic won what is considered the pinnacle of amateur golf competitions in his home country with victory at the Czech International Amateur Championship in August.

Conor Purcell from Ireland, a former Walker Cup player, won the Irish Golfer Shootout this July, staged at the K Club in Ireland, site of the 2006 Ryder Cup.

The Dutch player, Koen Kouwenaar, and the Belgian player, Alan De Bondt both had wins in 2019, one at the Dutch National Open Championship and the other at the King’s Prize.

There are also a number of previous Alps Tour tournament winners lined up. From the 2018 season we have the English player, Marcus Mohr – Open St Francois Region Guadeloupe, and from Italy, Michele Cea – Ein Bay Open. Frenchman, Franck Daux, was a two-time winner in 2016 at the Ein Bay Open and Red Sea Little Venice Open. Whilst, in 2011, the Italian, Cristiano Terragni won the Feudo di Asti Open.

The Final Qualifying Stage is scheduled to be played over 54 holes. The players will play two rounds, one each on the Golf Nazionale and Terre dei Consoli Golf Club courses.

After 36 holes, the field will be cut to the leading 65 players and those players tied on the final qualifying place score, who will then play one further round on the Golf Nazionale golf course.

At the conclusion of the 54 holes, the leading 35 players (and those players tied on the final qualifying place score) will be ranked according to score.  Players holding these positions will be eligible for membership in Category 6 of the Alps Tour for the 2021 season.

Players making the cut of the Final Qualifying Stage and finishing between the 36th and the 65th position will be eligible for membership in Category 8 of the Alps Tour for the 2021 season.

Players between the 66th and the 144th position will be eligible for membership in Category 9 of the Alps Tour for the 2021 season.

Official practice rounds start tomorrow with the weather threatening some heavy showers over the next two days. Hopefully, things should improve on Tuesday with the sun returning and gentle breezes.