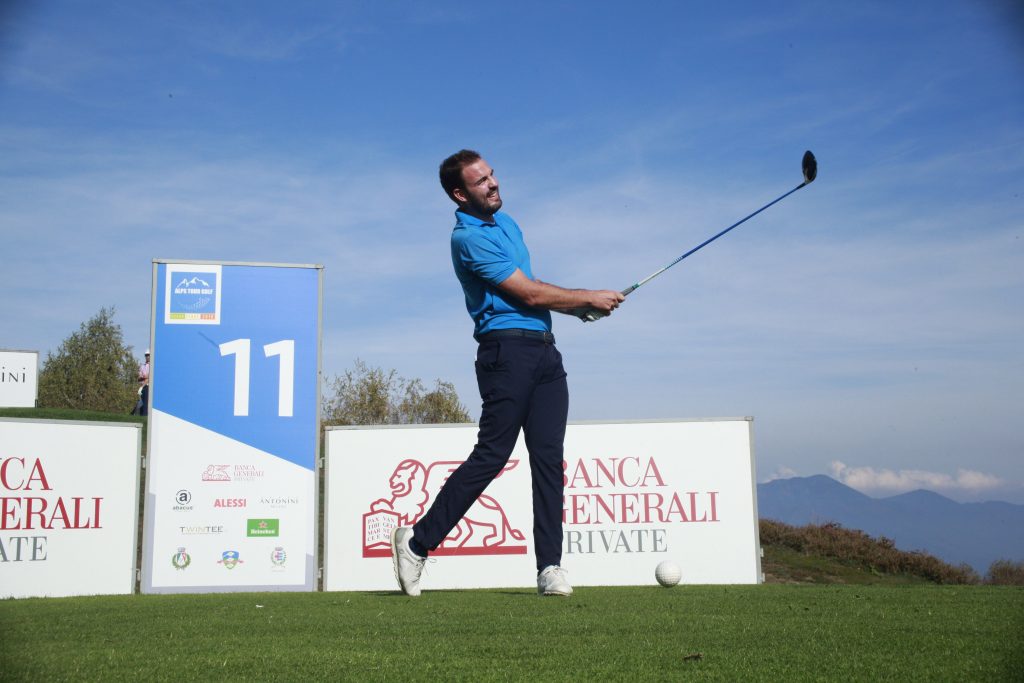 David Borda (ESP) turned in the best card of the day today at -7 to take leadership of the Alps Tour Grand Final at the Golf Club Des Iles Borromées in Italy.

Borda finished round 1 of the tournament with 1 eagle, 6 birdies and a bogey.

He is followed by Frenchman Victor Marchiset who finished his round one stroke behind (-6) and by a group of 3 players all at -5: Leo Lespinasse (FRA), Timon Baltl (AUT) and Tom Shadbolt (ENG).

«  It was a really good round, I started really good with 2 birdies on the first 2 holes. I finished the front 9 with 5 under so I’m pretty happy » Borda said. «  We know the course well because we’ve played it several times already. It’s a good course, you need to be all the time with the ball in play to be able to make birdies. If you putt well, I think you can have a good round » he explained. «  This is the most important tournament of the year, it’s the Final, it’s a long tournament so I’ll try to keep myself in contention to be there at the end of the week. I’m in 6th position in the Order of Merit but there are more points to take in the Final and everybody can get in the top 5. I want to win, that’s the objective for this week, to try to get into the Challenge Tour » Borda, who missed the top 5 last year by a few points, concluded.

« I’m very satisfied with my day » Frenchman Victor Marchiset said. « I’m not used to play that low on the first day. I played well in all compartments of my game. I used the same game plan than when we played here in July.  I like this course, there is no stress at the start of each hole » he explained. « It’s a bonus for me to be here as I was not sure I would make the top 50 at the end of the regular season. It was a pleasure to play here today » Marchiset concluded.

The Alps Tour Grand Final is the culmination of the 2018 season. The top 50 players of the Order of Merit, the Alps Tour official season ranking, are competing against each other through Sunday to determine the overall winner of the season. Following the Grand Final, the top 5 of the ranking will take a full category on the Challenge Tour next year.

The €45,000 prize money tournament is played over 72 holes of traditional stroke. But because it is the Grand Final, 70 000 points will be distributed to give the opportunity to players not in the top positions of the Order of Merit to jump in the top 5 with this last tournament. The winner of the Grand Final will get 11,000 points while the runner up will grab 7,000 points.

Weather conditions on the shores of Lake Maggiore were sunny with warm temperatures in the afternoon and some wind gusts throughout the day.