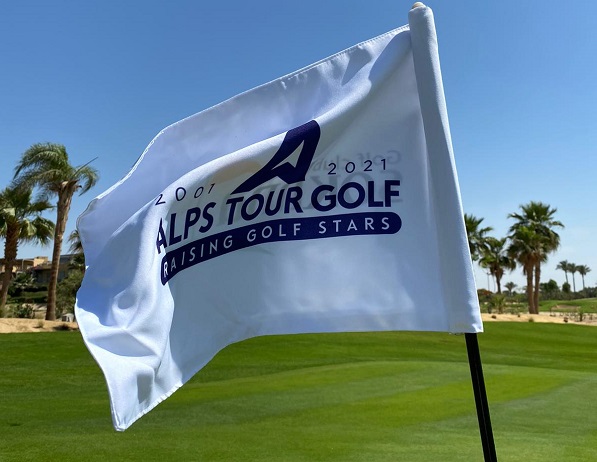 The 2021 Egypt Swing is kicking off in two days at Sokhna Golf Club on the North shores of the Red Sea with the first tournament, Ein Bay Open (May 19-21) followed by the Red Sea Little Venice Open (May 23-25). Photo credit: Sveva Greco
17th May 2021 | Alps Tour Golf

The Egypt Spring Series ready to kick off

120 players of 16 different nationalities are sharpening their tools for the 2021 Egypt Swing, kicking off in two days at Sokhna Golf Club on the North shores of the Red Sea with the first tournament, Ein Bay Open (May 19-21) followed by the Red Sea Little Venice Open (May 23-25).

The edition n. 9 of this traditional date in the Alps Tour schedule will see three of the most in-form players including Italian Jacopo Vecchi Fossa, current leader of the Order of Merit and winner of Abruzzo Alps Open in April; French amateur Paul Margolis, winner of the Mira Live The Soul Open at Acaya Golf in March; and Italian Stefano Mazzoli, who overcame four opponents in a five-way playoff just two weeks ago in the Antognolla Alps Open, and took the biggest check.

They will all be in Sokhna aiming to improve or confirm their rankings and trying to grab the €5,800 cheque for the first prize in each of the two tournaments.

Egypt has been welcoming the Alps Tour for nine years now, and Sokhna Golf Club, with its beautiful resort and its 27-holes golf course, has already proved to be the perfect venue for assigning the two titles and the €40,000 prize money at stake for each of the two tournaments. This year the traditional date has been postponed by three months and, from being the opening tournaments of the season, they will be played now as n. 5 and n. 6 in the schedule, which means they will play a particularly important role in the outcome of the ranking at the end of August which assigns the six spots exempt for the Stage 1 of the 2021 European Tour Qualifying School, and of course in the Final Ranking, for the five spots at stake to win the card for the Challenge Tour.

Ein Bay Open is set to start next Wednesday, May 19th, and will be played on three days and 54 holes on Sokhna Golf, B and C Course; after the second round, the top 40 pros and ties will go on playing for the title and for sharing the prize money; same format for Red Sea Little Venice Open, played on courses A and B from Sunday 23rd to Tuesday 25th.

The course is only one hour drive from Cairo and features a 27-hole Championship Golf Course designed by renowned golf course designers, John Sanford and Tim Lobb, and built entirely to international specifications, with gently undulating fairways, perfect putting surfaces and well placed lakes and sand traps. The outstanding course is also situated just a minute walk from the sandy coastline of Ain Sokhna, the location aims for a perfect stay for the entire family.