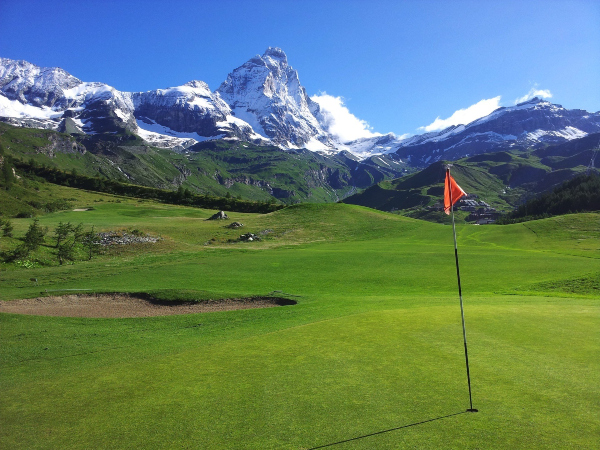 The players head to the Golf Club del Cervino in the Aosta Valley for the last tournament of the season prior to the Grand Final.
2nd September 2019 | Alps Tour Golf

The Final Countdown for the Alps Tour 2019 Season

Breuil-Cervinia (Italy), September 2, 2019 – At the foot of the magnificent, snow-capped Matterhorn and the glaciers of the Grandes Murailles, the starkly contrasting, manicured, greens and  fairways of the Golf Club del Cervino will host the 2019 Cervino Open of the Alps Tour.

The venue is unique in being the highest 18-hole golf course in Italy located at 2000 metres above seas level and also historic in that the Golf Club del Cervino was one of the original 15 clubs to be affiliated with the Italian Golf Federation.

And the tournament itself is crucial for those hoping to qualify for the Grand Final in October. Many players will be aiming to be in the top 50 on the Order of Merit at the end of the Cervino Open. This will automatically qualify them for a full Alps Tour category for the 2020 season provided they have also met the requirement of having played 6 tournaments in 3 different countries during the 2019 season.

For the top ranked players on the Order of Merit, every point counts too as there are still the top 5 places to be secured at the end of the Grand Final to get a Category 13 on the Challenge Tour.

OofM leader, Italian Edoardo Lipparelli will be looking to keep his standing whilst his compatriot, Enrico di Nitto, flush from his victory at the Nazionale Open in July and currently number 3 on the OofM will surely be looking for another win. In fifth and sixth place respectively, the Austrian Timon Baltl, winner of the 2019 Gosser Open and the experienced French player, Xavier Poncelet, will be jostling for position. With his 3 Alps Tour wins this season, second placed Frédéric Lacroix has already qualified for the Challenge Tour.

With a field of 132 players, 98 professionals and 34 amateurs from 11 different countries the tournament will play out over 54 holes of stroke play with the cut after 36 holes.

This is the fifth time that the club has hosted the Alps Tour after 2012/13 and 2017/18. The par 69 course of 5300 metres offers some unique challenges as the rolling terrain includes narrow tee offs, uphill and downhill fairways, water hazards plus the challenge of playing at such an altitude. Players will have to adjust their club yardages as the thinner air makes the ball travel further, roughly 10% more. They’ll also have to factor in the wind and changing temperatures during the day. Thankfully, one climatic factor should not be a problem – snow isn’t forecast unlike other years! 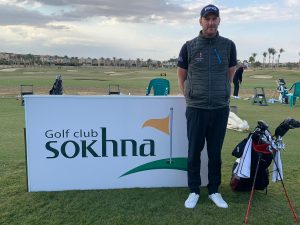