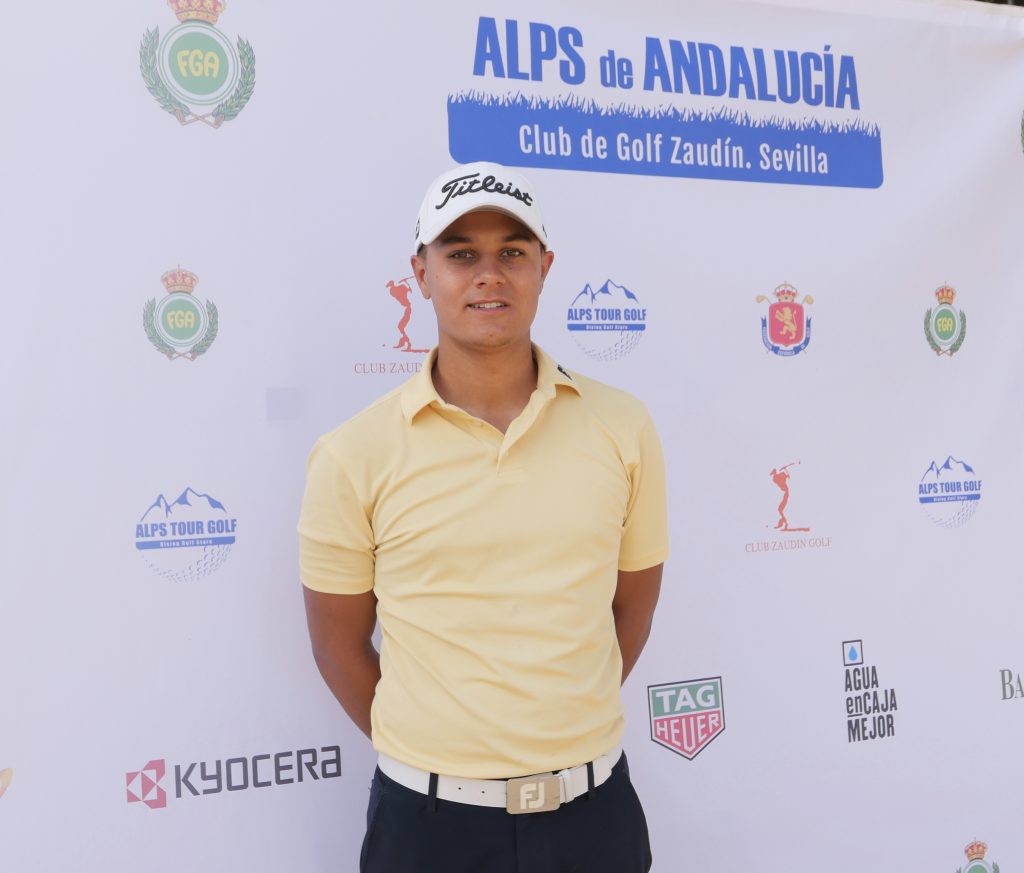 Mike Toorop, 21, from Holland, is the leader at -8 with a two strokes advantage over four players.
23rd September 2020 | Alps Tour Golf

Tomares, Sevilla (Spain), 23rd September 2020 – Dutch player Mike Toorop is leading at 63 (-8) after the first round of Alps de Andalucia, the seventh tournament in the 2020 Alps Tour schedule and the first of the two dates hosted in Spain – the second will be next week with Alps de las Castillas.

Toorop, 21, is playing in his second season on the Alps Tour and last year has collected 2 top-tens, finishing 63rd in the OoM. “Today my game was very good overall, the driving in particular, but also the putting with which I had been struggling in the past couple of weeks. My mindset was positive, I gave myself a lot of chances to make birdies, so I am obviously very happy. My best shot of the day? On hole 12, where I hit a soft 8 iron which stopped one meter from the flag, and then I holed for an eagle”.

In fact with 7 birdies, one eagle and one bogey, Toorop has a 2-strokes advantage over a group of four players: Italians Michele Cea (8 birdies, 2 bogeys) and Andrea Saracino (7 birdies, 1 bogey) and Spaniards Lucas Vacarisas (7 birdies, 1 bogey) and Vicente Blazquez (2 eagles, 3 birdies, 1 bogey). Vacarisas, 22, second behind compatriot Alejandro Del Rey just a couple of weeks ago in France, seems the most in-form player in the group: “I had good sensations about my game on the course, I only made a mistake on hole 18 when I hit the water and lost one stroke, but that’s a very difficult hole. The course is very nice – you need to hit good tee shots and be precise with the short game – and the weather has been good, so I want to take advantage of it all!”.

Club Zaudìn – a par 71, 6.504 metres, designed by Gary Player and inaugurated in 1992, just 10 minutes from the centre of Seville – hosts for the first time an Alps Tour event and is collecting the appraisal of all the players.

In the first round, 59 out of 126 contenders scored under par, and the golf supporters all around the world could enjoy a hole-by-hole real time updated leaderboard thanks to the innovative scoring app created by the English firm OCS and introduced by Alps Tour since the Gosser Open last August: no more paper scorecards, the players enter their scores directly on their smartphone. An innovation that undoubtedly will be followed by many other golf pro tours.